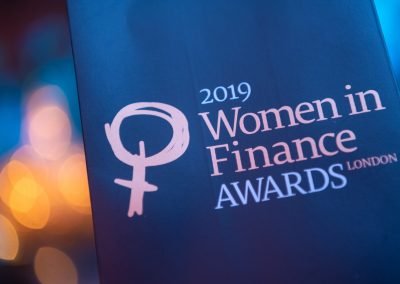 It was an utter privilege to be shortlisted for The Women in Finance Awards – Advocate of the Year. I went down to the awards, held at The Grosvenor Hotel in London, with some of the Pension Claim Consulting team. When the presenter announced: “And the winner of Advocate of the year award is Sarah…Cooper-Jones” some on our table got ready to cheer thinking I’d won, however, I knew Sarah Cooper-Jones was a strong candidate so kept still. Both Sarah and her employer Natwest have done much to support Small and Medium Sized businesses, particularly up and coming tech companies, so Sarah is a worthy winner.

My own nomination was in no small part due to the client-centred approach we’ve established when dealing with enquires. Now, while at risk of sounding woolly or like I’ve been overdoing it on a yoga retreat, there is a tangible principle here. When I launched Pension Claim Consulting, I took the view that, if nothing else, we needed to be empathetic and precise. The likelihood is that the person on the other end of the phone will have worked for decades, only for their retirement hopes to be dismantled by questionable investments. We have always ensured the prospective client’s backstory is listened to with open ears. People want to let off steam when they’ve lost their pension. They want to tell you about their working lives and how they came to make their pension investments. This is where a great deal of care is required. It’s about listening to all the details rather than waiting for your turn to speak and pushing for signed paperwork. Consumers appreciate empathy.

Similarly, in claims management, solutions should always be in the best interests of the consumer rather than as a pivot to push up turnover. Even before FCA compliance, this meant encouraging a DIY claim if it was straightforward enough or signposting to other organisations which could assist further. At Pension Claim Consulting, we ensure the best interests of the clients are served regardless of their circumstances. This approach was the reason for me being shortlisted but of course, it was really the Pension Claim Consulting team who were shortlisted as they have continued to carry out these working principles. I am incredibly proud of the whole team for doing so.

The awards ceremony in general, served to show how much enthusiasm there is for women to succeed within the Financial Services industry. Major firms seem keen to offer fair and equal chances to women who strive for the top of their profession. And yet according to the FCA, of the 9,957 partners in private equity firms, hedge funds and similar companies, still, only 14 per cent are women. And sure, we don’t need to be ‘exactly 50/50’ for leading roles in every industry, but just over one in ten, as above, is worrying low.

Having said that, acknowledging women who have excelled in finance is a good start to tackling the disparity. That’s why I believe Women in Finance Awards play an important role in the future of Finance Services. Bring on next year’s awards.