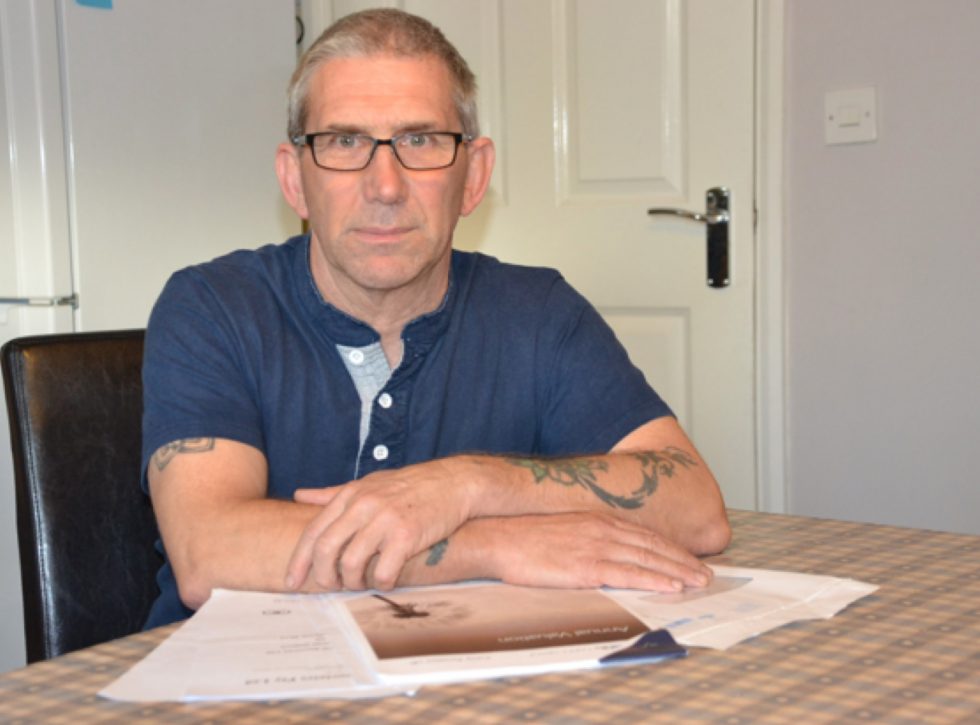 Pension mis-selling can affect anyone. Read our client Arthur’s story on how he was mis-sold and claimed compensation for mis-selling.

I’m Arthur from Peterborough. I’m a 59-year-old engineer working in a factory that manufactures bottled drinks. Through Pensions Claim Consulting Ltd I was awarded £138k compensation by The Financial Ombudsman, after poor advice when transferring my Final Salary Pension. This is what happened…

I was cold called by Lesley, a financial adviser, in 2009. She asked some questions about my pension saying her company, Commercial Land and Property, could arrange a transfer into a new investment via Carey Pensions which would make much higher returns than my current pension.

Lesley sent me some graphs and reports with very good, solid returns. I went through CL&P’s website, it all seemed legitimate with pictures of employees and directors. The brochures she sent out further explained the returns I’d get. It all made sense, especially as my current pension had been underperforming.

Lesley’s advice was to place half my money into Store First, a storepod scheme guaranteeing 12 per cent annual return and half into an Australian Farmland buying scheme via something called Gas Verdant. They both turned out to be high risk investments, but I wasn’t told that.

Little did I know that Lesley’s husband, Terence Wright, was a director of CL&P and had recently been blacklisted by the Financial Services Authority. He was also blacklisted by The Financial Conduct Authority. Neither he or Lesley were regulated financial advisers. I had no clue about the world of finance and all the associations it never occurred to me to check such lists. I didn’t know they existed. I doubt many people do.

Long story short, CL&P arranged for Carey Pensions to hold my investments and transfer the £78,156 value into a Self Invested Personal Pension. This all meant I’d be Carey’s client from thereon in, CL&P’s work as introducers was done. I did some extra checks on Carey Pensions, they had some positive online reviews. However, over the next few years my decision to transfer my pension to Carey would end up being the worst decision of my life.

Have you been affected by pension mis-selling?

If you think you may have been affected by pension mis-selling, or are unsure and would like some help – get in touch.

We can give you advice, and we’ll explain your options.

Arrange a free assessment with one of our team.

1
Arthur moved his pension into a Carey Pension SIPP after being cold called by unregulated introducers CL&P.
2
He was told it would "make much higher returns" if he did.
3
INVESTMENTS - Store first / GAS Verdant

The cost of our service is 15% + VAT on the total monies awarded for a successful claim. Our cost is also priced capped at one of the lowest rates.